At a meeting in St. John’s, Newfoundland and Labrador, an Agreement is reached by Labrador’s three Indigenous groups (Nunatsiavut Government, Innu Nation and the NunatuKavut Community Council) and the Government of Newfoundland and Labrador.  Among other things, the Agreement outlines the establishment of an independent committee to make recommendations on mitigating potential impacts of methylmercury on human health from the Lower Churchill Project at Muskrat Falls, Labrador.

The Terms of Reference for an Independent Expert Advisory Committee (IEAC) are finalized, which outline the membership, mission and mandate, objectives, structure and process by which the IEAC will carry out its work.

Dr. Ken Reimer is appointed as Independent Chair (link to K Reimer bio) to oversee the work of the IEAC.

The IEAC formally appoints a Research Director, as well as six (6) scientific experts and three (3) Indigenous knowledge experts to an Independent Experts sub-Committee (IEC). The IEC begins its work to provide advice on methylmercury mitigation based on Indigenous traditional knowledge and scientific information.

The IEAC issues its first set of recommendations on the mitigation and monitoring of potential methylmercury impacts of the Lower Churchill Project to the NL Minister of Municipal Affairs and Environment, the Honourable Eddie Joyce.  The IEAC also approves a portfolio of new research to be conducted in the current fiscal year.

The Independent Expert Committee closely examines existing and new research in preparation for its next set of recommendations, holding on average 6 working meetings per month of the main committee and sub-committees (ie. Reservoir Geography and Human Health).

The IEAC issues its second set of recommendations on the mitigation, monitoring and management of potential methylmercury impacts of the Lower Churchill Project to the NL Minister of Municipal Affairs and the Environment, the Honourable Eddie Joyce. 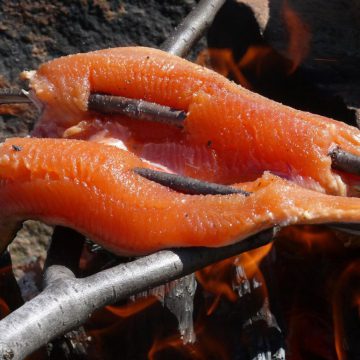